The Middle East Will Remain a Source of Terrorism 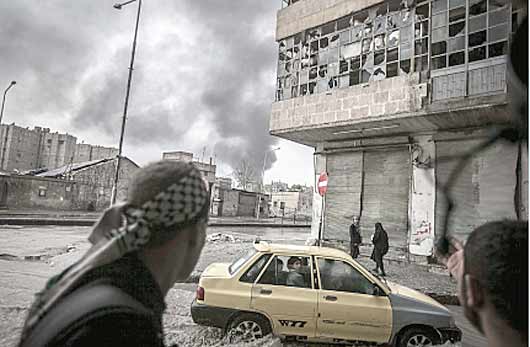 EXECUTIVE SUMMARY: The collapse of the Arab state system and the rise of political Islam have destabilized the Middle East and entrenched the region as the major source of global terror. Even the more stable states, such as Iran, Turkey and Saudi Arabia, display strong Islamic tendencies and support radical groups that engage in terrorism. Not much can be done to change this situation. Accepting this unpleasant reality will entail a sea change in Western strategic outlook.

Several major developments in the Middle East will keep the region a wellspring of Islamic terror and a source of inspiration for Islamist radicals for the foreseeable future. Attempts to perpetrate acts of terror against the “enemies of Islam” should be expected to continue.

The first development contributing to the growth of terror has been the historic disruption of the Arab state system. The relatively new Arab states failed to instill deeply held national identities (with the exception of Egypt, a true historical state). This failure allowed for the breakdown of states along ethnic, tribal and sectarian lines and for the emergence of armed militias.

The rise of numerous failed states, characterized primarily by the loss of monopoly over the use of force, started before the Arab Spring. Lebanon, Iraq, the Palestinian Authority and Somalia are prime examples. This trend intensified with the weakening of the central governments in Libya, Syria and Yemen. Those states were transformed into vast battlefields containing many militias notable for their lack of inhibitions against using terror to attain political goals.

The crumbling of state structures also facilitated access to weapons. National arsenals, once guarded by state organs that have since disintegrated, became accessible to militiamen and terrorists of all kinds. Indeed, the Islamic State (IS) is fighting with weapons supplied by the Americans to the Iraqi army, while insurgents in Syria are using Russian weapons intended for use by the Syrian army.

The collapse of state structures also destroyed border controls, allowing for freedom of movement for both terrorists and weaponry. The chaos and internecine fighting that accompany the destruction of a state causes people to flee for their safety beyond the borders of their country, and terrorists can hide easily among waves of refugees.

A critical historic trend in the Middle East that is feeding the terror phenomenon is the rise of political Islam. Islamic identity is deeply entrenched in the region, making the population susceptible to Islamist messages couched in traditional content. The Islamists have also capitalized on the Arab states’ inability to deliver decent services to their citizens by establishing educational networks as well as health and social services.

This has been a winning strategy for them, in that it has allowed them to capture popular support. When free elections are allowed in the Arab world, Islamist parties do very well. However, most Islamists are anti-modern and anti-Western. Radical Islamist circles advocate violence and terror in the interest of installing “true Islam,” first in Muslim lands and eventually everywhere else. Islamists despise “the decadent West” and believe it will inevitably fall under Muslim rule.

The Islamic wave is present not only in Arab failed states. Saudi Arabia, whose stability and territorial integrity of which should not be taken for granted, exports a fundamentalist version of Islam (Wahhabism) throughout the Muslim world by building mosques and funding schools. The strand of Islamic extremism that promotes and legitimizes violence is linked to this Saudi-centered strain of Islam. Al Qaeda is one of its offshoots.

The wealthy, maverick state of Qatar also supports a variety of radical Islamist organizations. It even hosts an Afghan Taliban “political office” on its soil.

The “moderate” Arab states grapple with the Islamist challenge. In the largest and most important Arab state, Egypt, the most potent political force – the one able to bring multitudes of supporters into the streets – is still the Muslim Brotherhood. Moreover, Egypt faces an Islamist insurgency in the Sinai Peninsula.

The two strong non-Arab states in the Middle East (excluding Jewish Israel), Iran and Turkey, also display Islamist tendencies. Following the 1979 Islamic revolution, Iran adopted a radical Shiite program intertwined with Persian imperialist ambitions. Its quest for hegemony in the region was abetted by the ill-advised nuclear agreement with the US, which was not linked to any changes in Iranian international behavior and freed great amounts of money for Iranian mischief. The modus operandi in Tehran includes terror, and Iran remains on the Americans’ list of state sponsors of terror.

Turkey under Erdoğan, particularly after the botched military coup, is increasingly authoritarian, with stronger domestic pressure being applied to urge conformity with the mores of the Turkish version of the Muslim Brotherhood. Turkey’s international behavior is imbued with neo-Ottoman and Islamic impulses. It lends support to Islamist factions in the Syrian and Libyan civil wars (including IS) and to Hamas in Gaza. It is also involved in the Balkans, particularly in the Muslim states (Albania, Bosnia and Kosovo).

The Middle East, more than any other region in the world, is beleaguered by religious fanatics ready to use violence indiscriminately against people who do not adhere to the “right” religious approach. These zealots have a great deal of energy, and many frustrated Muslims are ready to blame their miserable predicament on the West.

The majority of Muslims in the region do not condone abhorrent terrorist acts, but they are largely silent. Many who would not participate in such acts show understanding when they are committed by others. Most tragically, they are reluctant to take responsibility for bringing their societies into the twenty-first century.

The West can do little to change this situation. Change must come from within. The ambitious attempt to “fix” Iraq and Afghanistan, which consumed immense amounts of blood and treasure, yet ended in failure, suggests the limits of political engineering. A region caught up in historic trends like those experienced by the Arab states cannot easily change.

This means that the evil winds blowing from the Middle East will hover over the world for several decades at least. The West must digest this stark prognosis and adapt. This will mean a sea change in the Western strategic outlook and in the counterterror policies to be adopted.