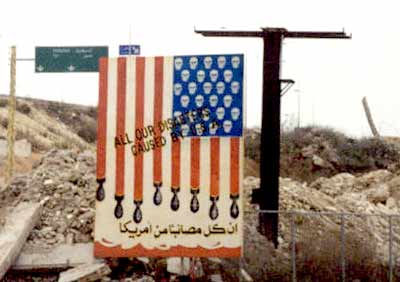 Mexican authorities foiled a plan by Hezbollah to establish a base inside the country directly across the border from California that would have allowed the terrorist organization to carry out terror attacks against Israeli and western targets in the U.S., according to a report last week in the Kuwaiti daily al-Seyassah. Authorities detected Hezbollah activities after closely monitoring a known member of the group, Jameel Nasr. Nasr, a Mexican citizen living in Tijuana at the time of his arrest, routinely traveled to Lebanon, purportedly to receive instructions on how to operate his new Mexican unit.

According to the report, Hezbollah is seeking to leverage the high concentration of Shiite Muslims on the continent in order to establish “frontal outposts” for operational purposes.

Last month, Congresswoman Sue Myrick called on Homeland Security Secretary Janet Napolitano to establish a special task force to figure out how to “clamp down” on illegal immigration after numerous reports warned that the Iran-tied terror group may be colluding with drug cartels along the U.S.-Mexico border.

According to Myrick, “Iranian agents and members of Hezbollah” are believed to be learning Spanish in Venezuela before trying to obtain false documents to enter the United States as Mexicans. This is plausible – Iranian President Mahmoud Ahmadinejad and Venezuelan President Hugo Chavez have created a cozy financial, political and military partnership rooted in a shared anti-Americanism since the former took power in 2005. Moreover, Myrick said gang members in American southwest prisons are showing up with tattoos in Farsi, implying a “Persian influence that can likely be traced back to Iran and its proxy army, Hezbollah.”

At a time when the U.S. government presses on with a law suit against Arizona’s new immigration policy, and U.S. officials consider bringing groups such as Hezbollah into the fray, terrorist organizations continue to alter their methods of attack against America. In large part, as Walid Phares articulates in this summer’s edition of inFOCUS Quarterly, this further demonstrates the global terrorist reach of Hezbollah and its backers in Iran. That terrorist groups plan to infiltrate the United States through its southern border illustrates that absent an effective domestic border security plan, Hezbollah will continue to be a threat to Americans at home, and not just abroad.


Urgent: Israel needs us. Donate to Israeli soldiers serving in Gaza The Illusion of "Peace in Exchange for Territories"